As I said in my intro entry (that happens to have been written nearly a year ago), I plan to write on the current and recent project on this blog, and everything else I might find important or meaningful to share, but mostly projects still. There’s only so much that makes it into a portfolio, it’s always the good stuff. Here I want to describe the process, the “I have no idea what I’m doing but I’m doing something” moments, the failures, and the stuff that’s not good or big enough to make the cut to the portfolio.

So here it goes, project no 1 to be featured here!

I just resumed my studies at Umeå Institute of Design 2 weeks ago, jumping right into a form course. That’s a new addition to our curriculum. I was equal parts hesitant and lost as I was excited and driven to do something cool. I have background in Computer Science, art is a foreign concept to me. Graphic design or communication design has a clear purpose, and is different from art, at least in my view about art (which is probably pretty wrong).

We were tasked with selecting a song, then selecting a 20 seconds clip out of that song and doing a series of assignments. First week were small daily tasks, while the second week was one bigger task.

I am a fighter

The song I selected was Fighter by Christina Aguilera. I was ashamed of selecting such a cheesy popular song when I knew, I knew my classmates would go for more ambient niche stuff. And because I was ashamed I wanted to challenge myself, not to give in to that. I’m also a natural hipster, as I like to call it, and when I see/expect people to go in one direction I start going in another. Needless to say – I was the only one with such a fast-paced song, driven by strong vocals, and performed by such a well known artist. Oh and also, that around that time we had to select a song I was pretty angry at some people who acted shitty towards me. Expressing anger is a new thing to me, so I was like “you know what, let’s do it, I am a fighter, I wanna let others know I’m a badass”. Cringy? Maybe. All I knew was I needed that song, those selected verses in my life right then and there.

That’s the part I chose:

Moodboard. Essential. As soon as I started working with the selected song I had very clear images in my head: Marvel’s Black Widow, Underworld’s Sonja and a cast of badass female assassins and fighters from a range of fiction sources. I looked at my wallpaper – there it was, League of Legends’ Warring Kingdoms Vi (new skin) smashing the ground. 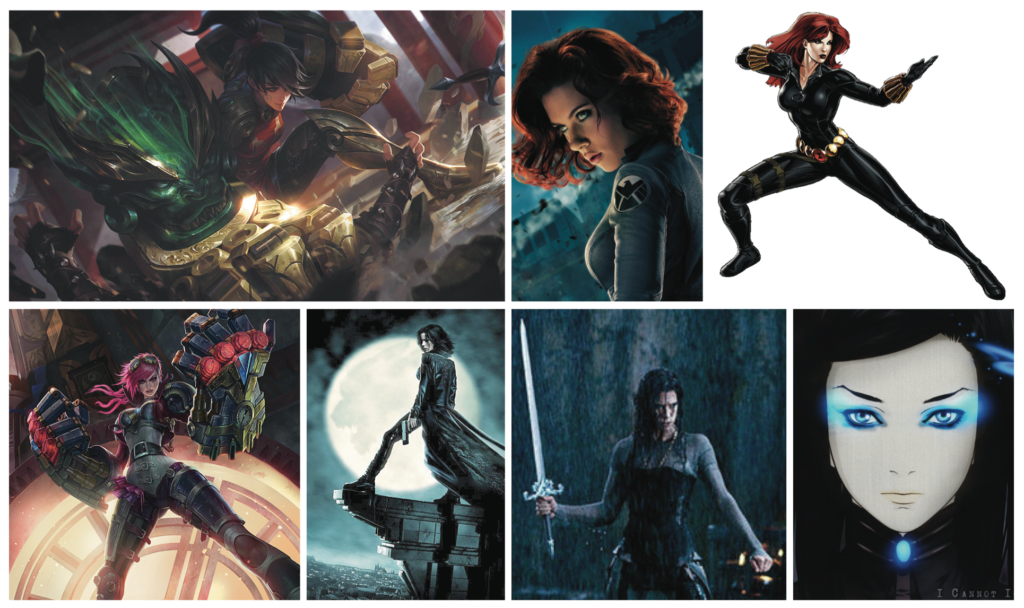 Did I take the theme of “fighter” too literally? Maybe. But those characters all have backstories that made them into fighters they are. They had to go against people who betrayed and failed them. I see them as fighters as much externally as they are internally. I love strong female characters!

First assignment was selecting a color palette for the song snippet. I thought about quite a bit it over the weekend, I thought I had it figured out. I wanted something dark and powerful. But no red, red is anger, I didn’t want anger there.

Colors have a lot of meaning for me. Colors are emotions for me. And that’s the path I followed. I started reading on the meaning of colors. It was truly fascinating! But might be misleading. After all we were supposed to hear the colors not analyze the meanings. Well, there’s no right or wrong, as always, but some ways feel more right than others.

We created moodboards. the first version of mine ended up… not quite “right”. Sure I had all the meaning of colors down, but the colors wouldn’t go together, it would look pretty ugly, and – upon later analysis – too happy. There’s nothing happy about this song, it’s about strength, confidence and resilience. Time to go back and rethink. 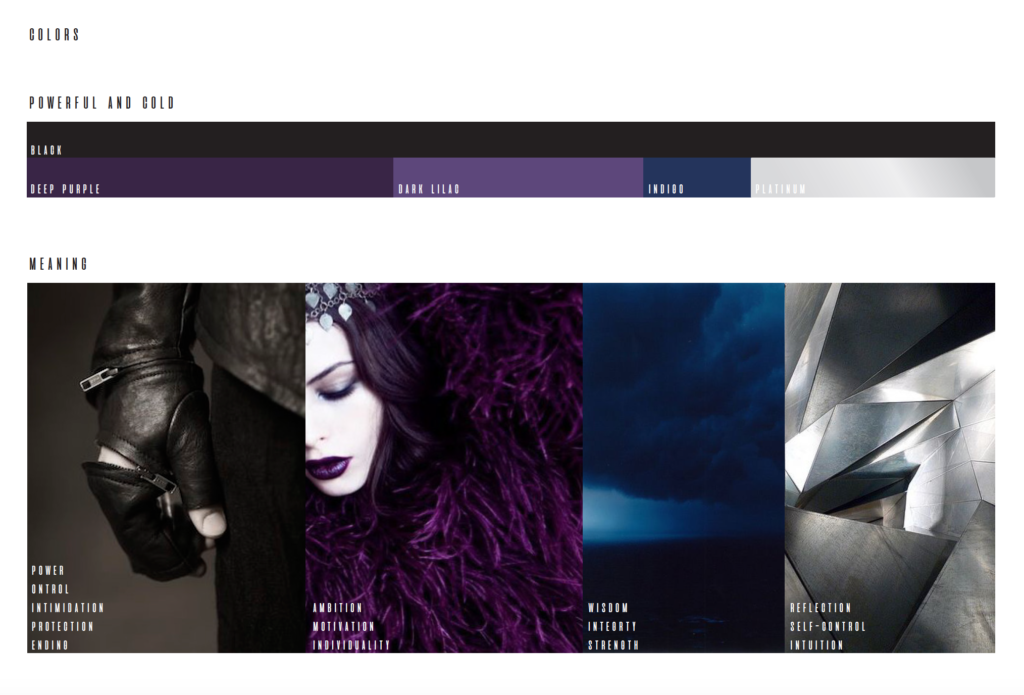 I spent around 4 hours reading on colors and selecting them for the first version. Then I went home and changed the color scheme in 10 min. Yup. True, all the reading I’ve done before came in handy, but I do in fact believe that my “wrong” result came from having too much time to over-analyze stuff. I do feel a bit guilty about doing a pretty big shift in such a short time, but whatever, if felt more right after the change.

Next day we were supposed to make a pattern using the selected color palette. I was as lost as one can be. This song is difficult, it’s so straight-forward and words-driven, how can I make it into an abstract pattern.

I had a particularly crappy day. I hated the world for making me get up so early in the morning. I felt braindead an devoid of creativity, motivation, and not even remotely ready to deal with something so challenging.

I winged it. We had around 6 hours to work on it. I did my work in… about an hour? Probably I spent more time making a moodboard for it than developing the actual thing. It made some ense though. First I thought about glowing sound waves intersecting, then I thought it looks boring just horizontal, then I thought about a mountain and a thunder (“I’ve had enough” part of the song). Because that’s what this song is for me – overcoming obstacles, getting stronger, it’s a cycle, you learn from past experiences.

You know how whenever you hike and climb what looks like a peak there’s another one just behind it? And then you keep going forever? That’s what I thought of, because that’s what it is to be strong and be a fighter.

But, guess what? I changed it the next day. Then I did actually put around 3 hours into figuring out what to do, and a lot of paper. 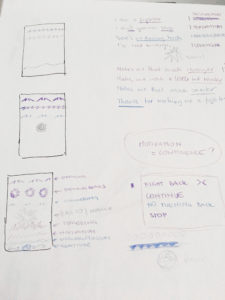 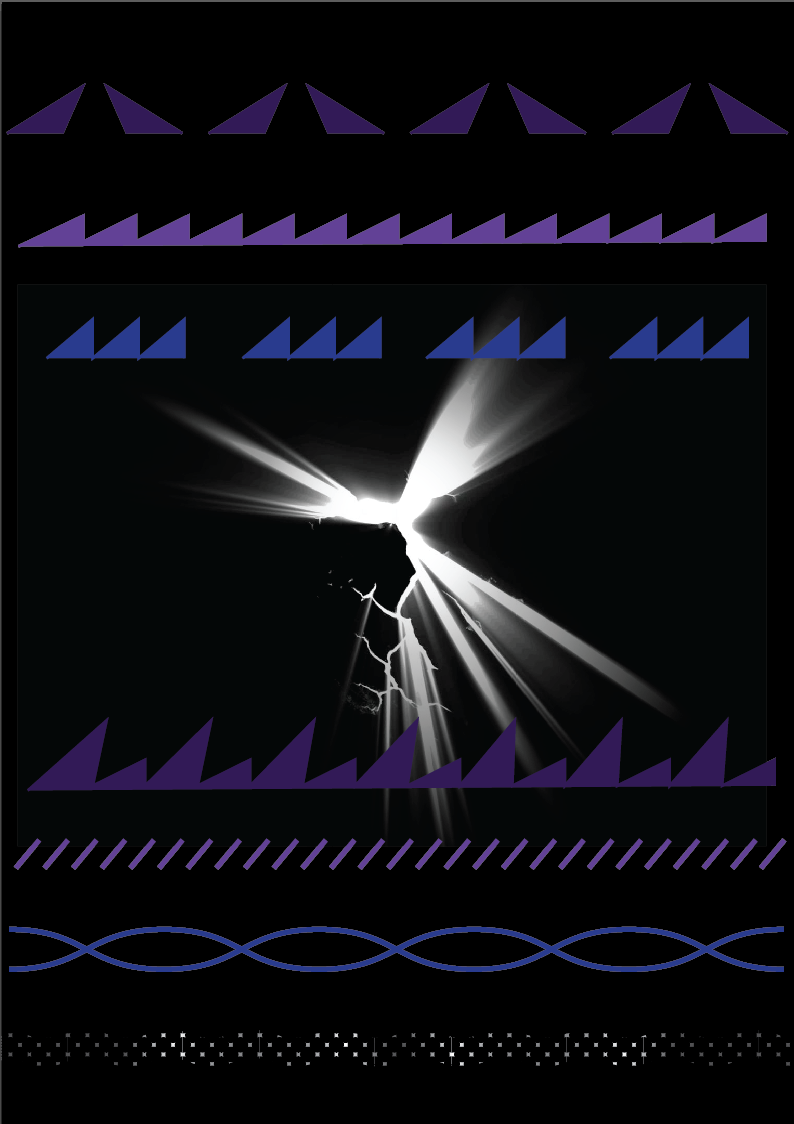 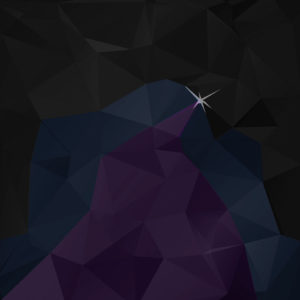 Me vs. punching bag

For slightly over a year I’ve been doing BODYCOMBAT pretty regularly, a workout class which is a mix of martial art with bunch of punches and kicks. I love it. Crazy tiring, but empowering and ridiculously satisfying.

Next assignment was supposed to be a video, which later was changed to “movement”. Either case, I had an idea – I knew I wanted to record myself doing the kickboxing. I just wanted to try. I had no idea if it would make sense or if it would fit. And it was also taking the “fighter” theme very literally. But I had to try.

After morning lecture I rushed home, then to the gym. Having a crappy previous day I wanted to enjoy that next day – enjoy being home, working out and getting some sunshine! Best. Day. Of. The. Week.

I found a room, set up my camera and speaker. And started punching away. It was so much fun! So so so much fun!

And now I have all those epic shots of myself in badass poses! Like for real. So cool. Mid-jump kick looks epic. 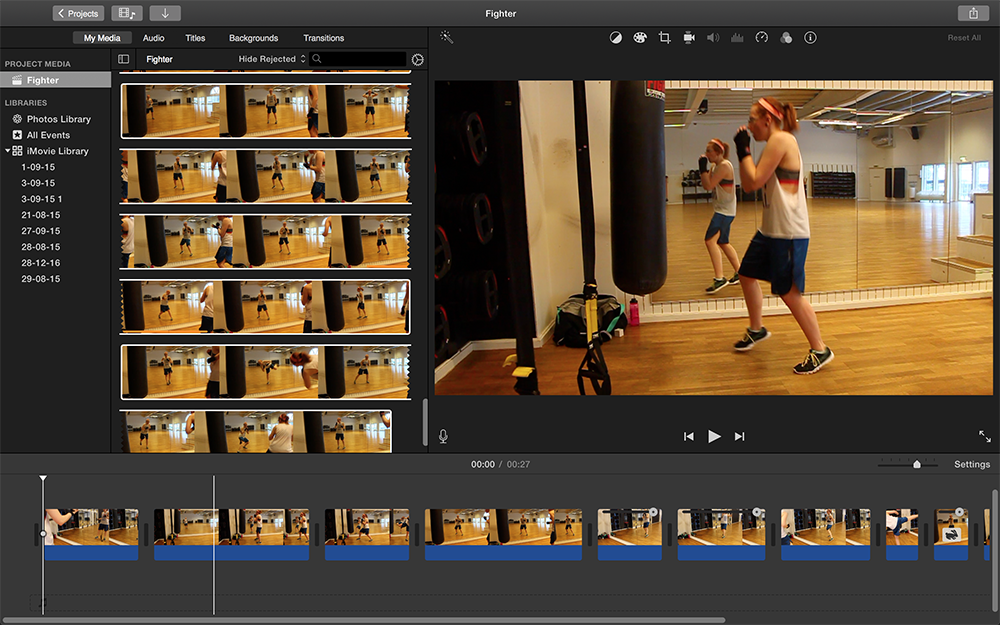 Even if it wasn’t all that useful for the exercise it was for my wellbeing, and a bit of narcissism  to have at the cool shots of myself. Worth.

It was a really enjoyable task – to be continued with part 2, hopefully.

No comments yet
colors Moodboards