University resumed on Monday this week, and the high tempo started already on the first day with a quick recap of Arduino. By the end of the week we had to create something. The goal wasn’t anything in particular, the whole task was mostly about us trying things out and creating a functional system. I spent those 2 days making an Omega Squad Veigar (League of Legends) 😀

I never done much with Arduino before. I randomly grabbed an analogue display, thinking how I could somehow make use of it. First I displayed default smiley, then I thought of using 2 separate display for eyes, and then I remembered… Omega Squad Veigar. (I love video games, and I tend to make quite a lot of stuff inspired by then, mostly League of Legends recently)

The displays didn’t seem like enough of a task for a few days, so I thought of a way to add more components, like servos. Given what was available I picked up 2 types of servos and created a scenario: the positional servo would be a finger pressing Big Red Button of Doom and spinning servo would be the character tumbling from the impact of the explosion. (Eventually I replaced spinning servo with a stepper motor for more power and precision) 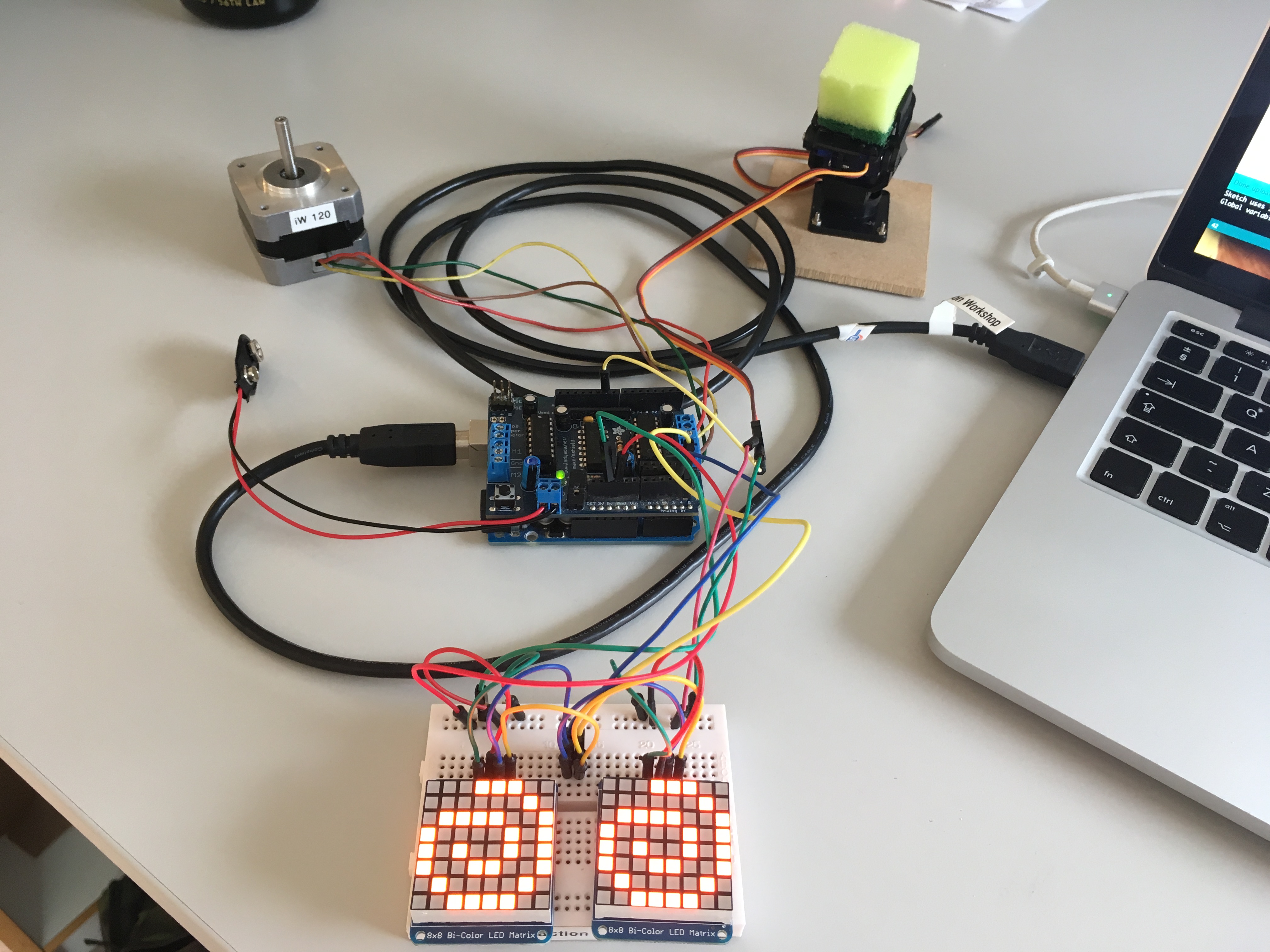 Once all that was done it was time for the visual side of things: creating the hand and finger as well as the spinning platform and face. 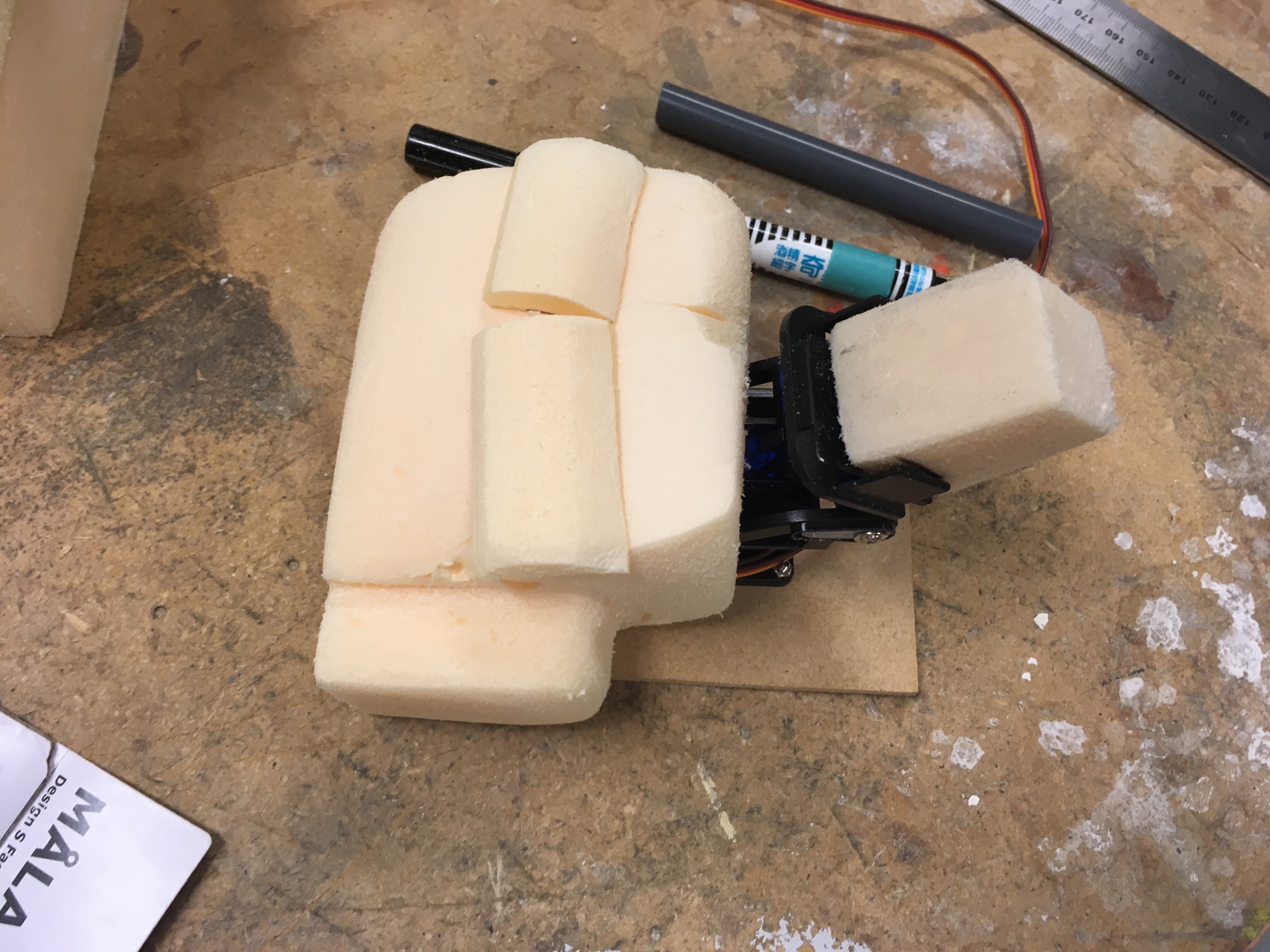 Hand shape from styrofoam to cover the servo 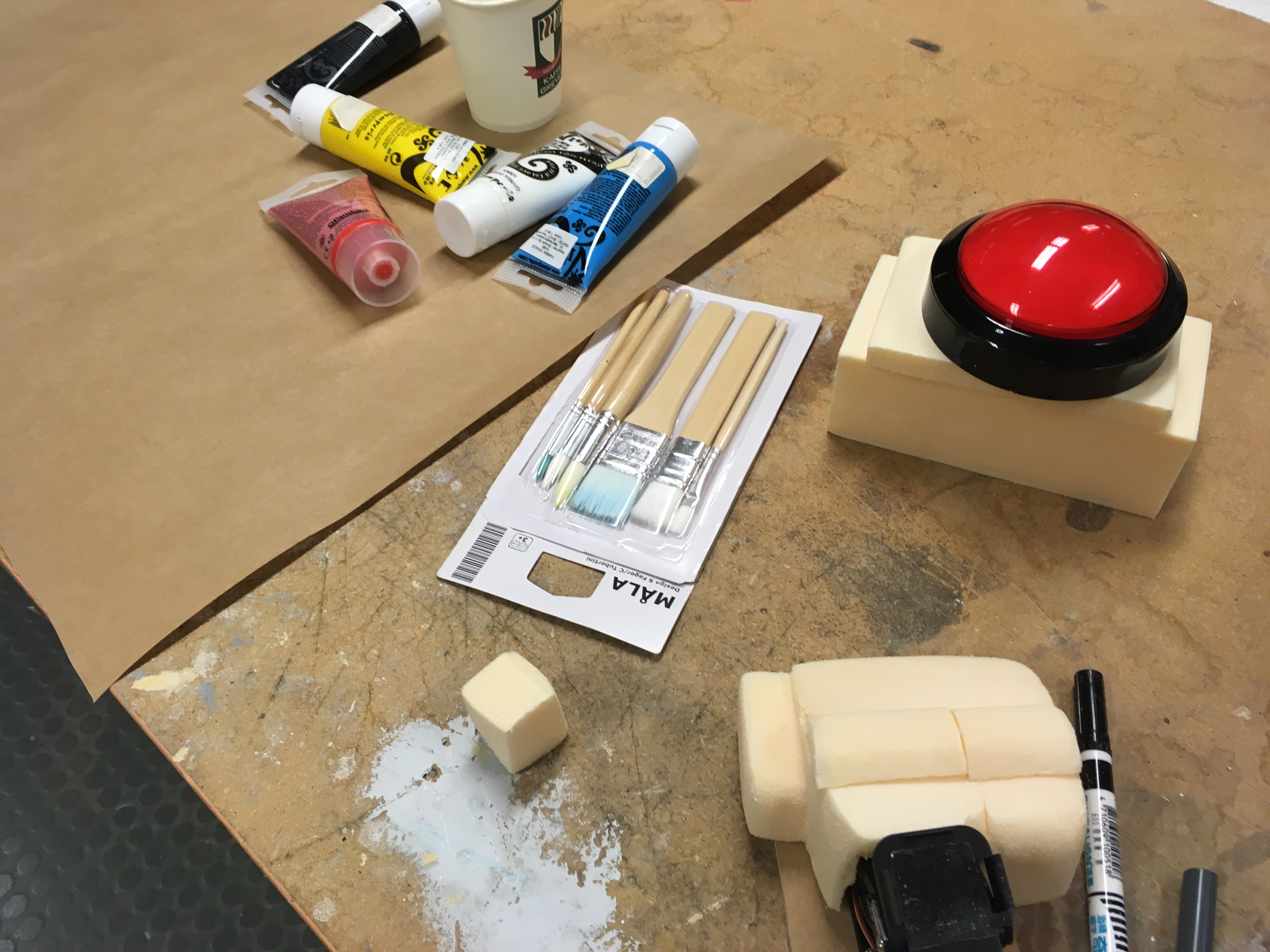 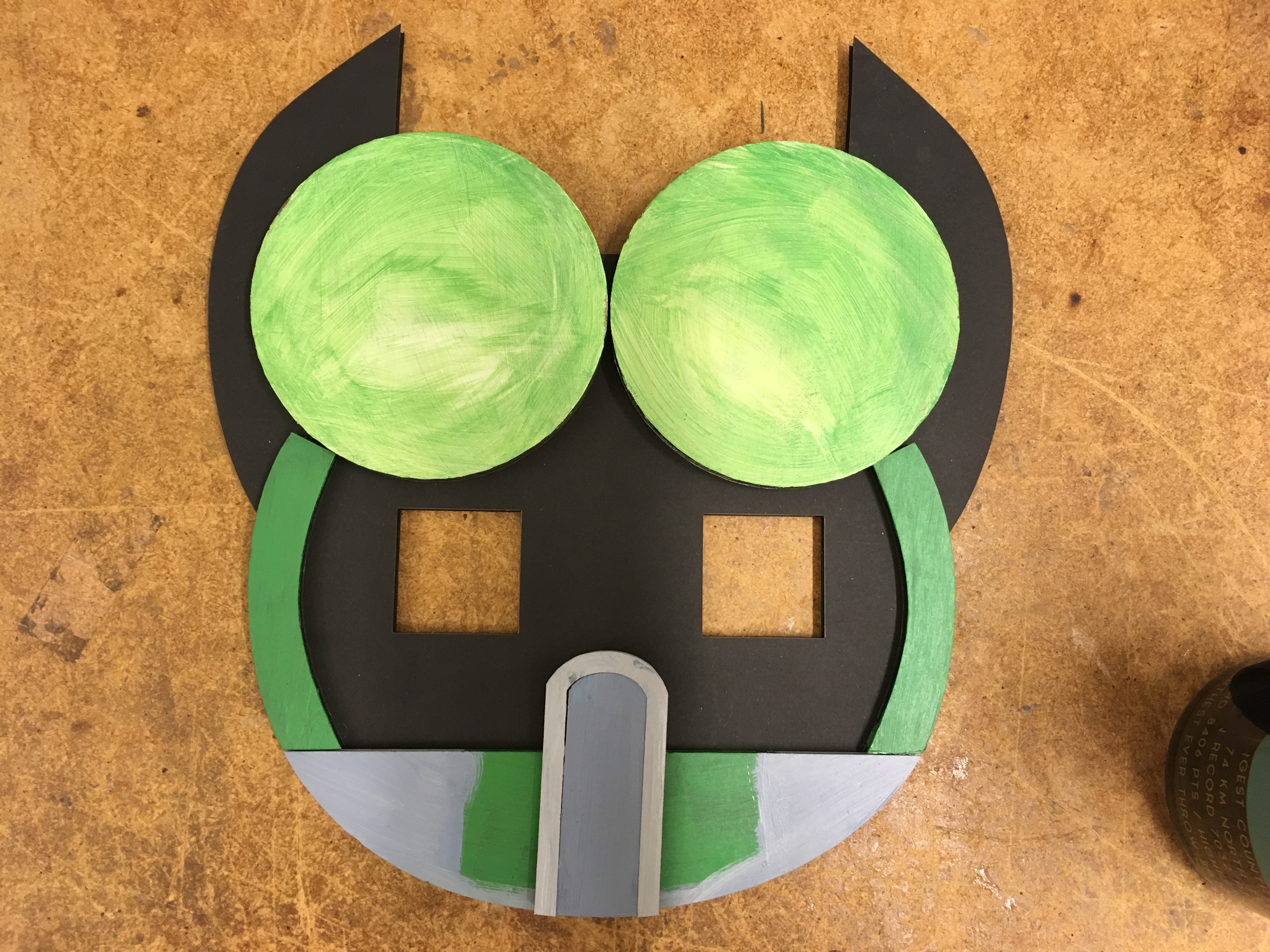 Laser-cut and stacked foamcore for the face

Originally wanted to contain everything on the spinning platform, but that became complicated as I didn’t have sufficient power to spin increasingly heavy platform. But here it is, the full setup: 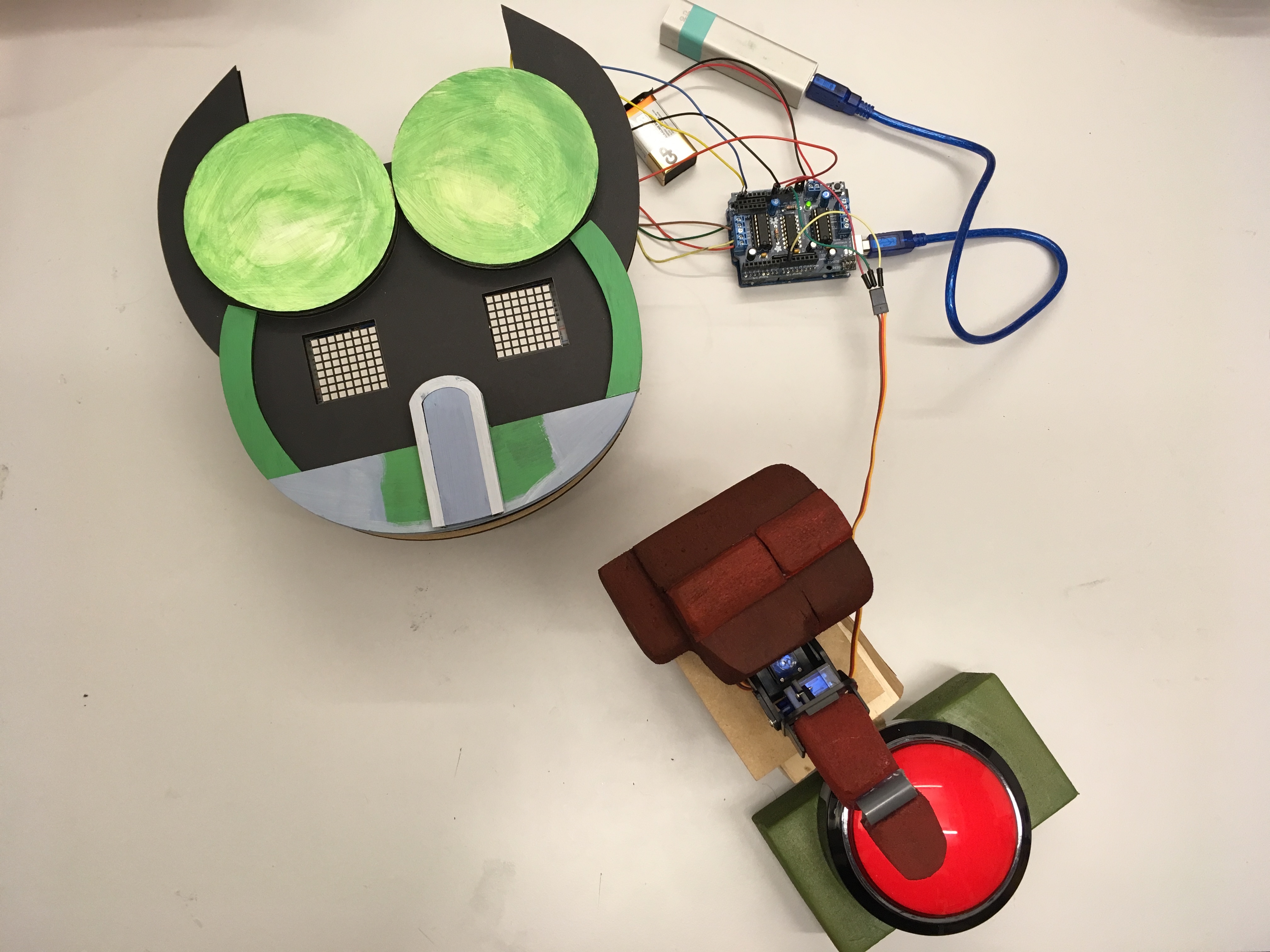